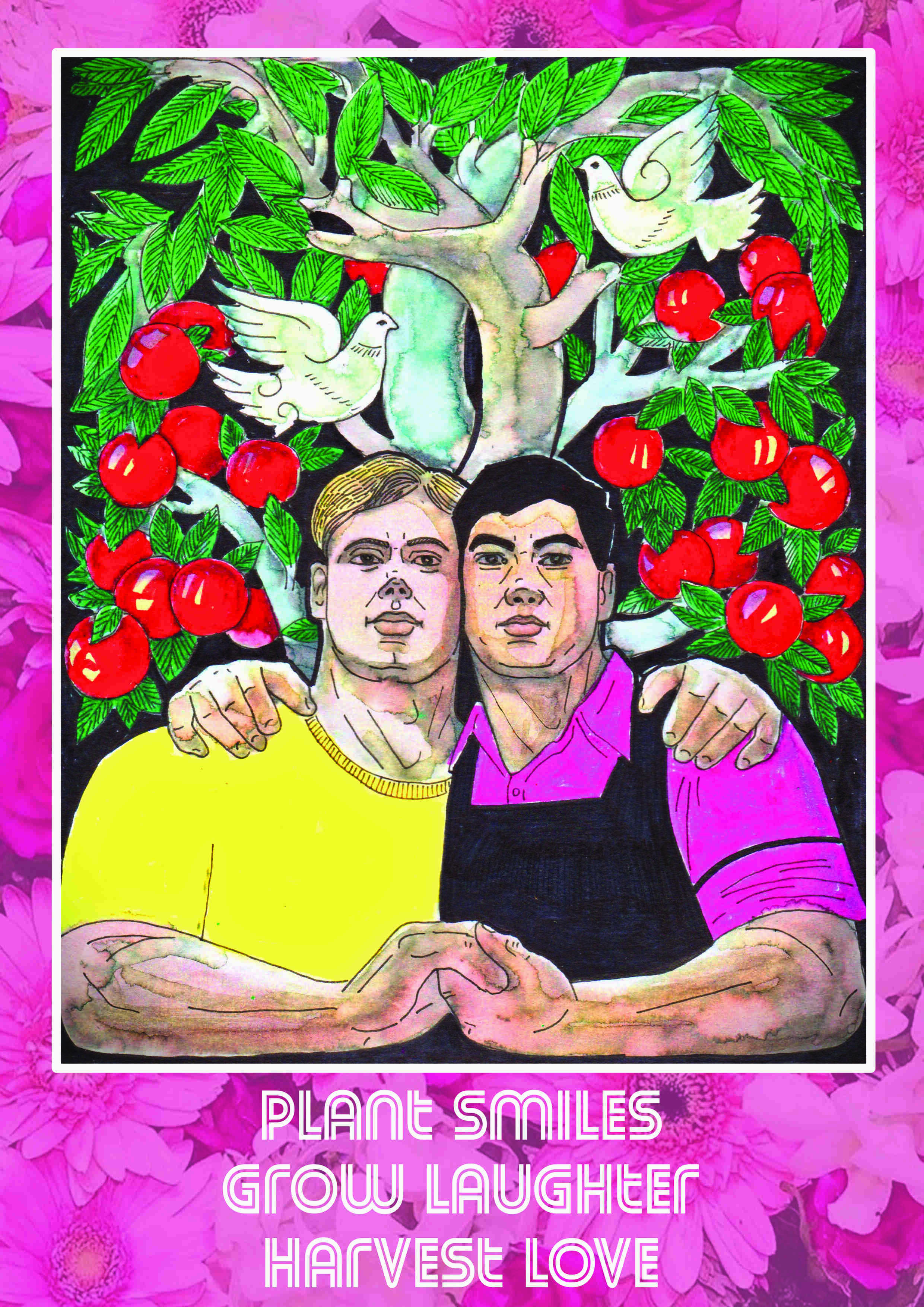 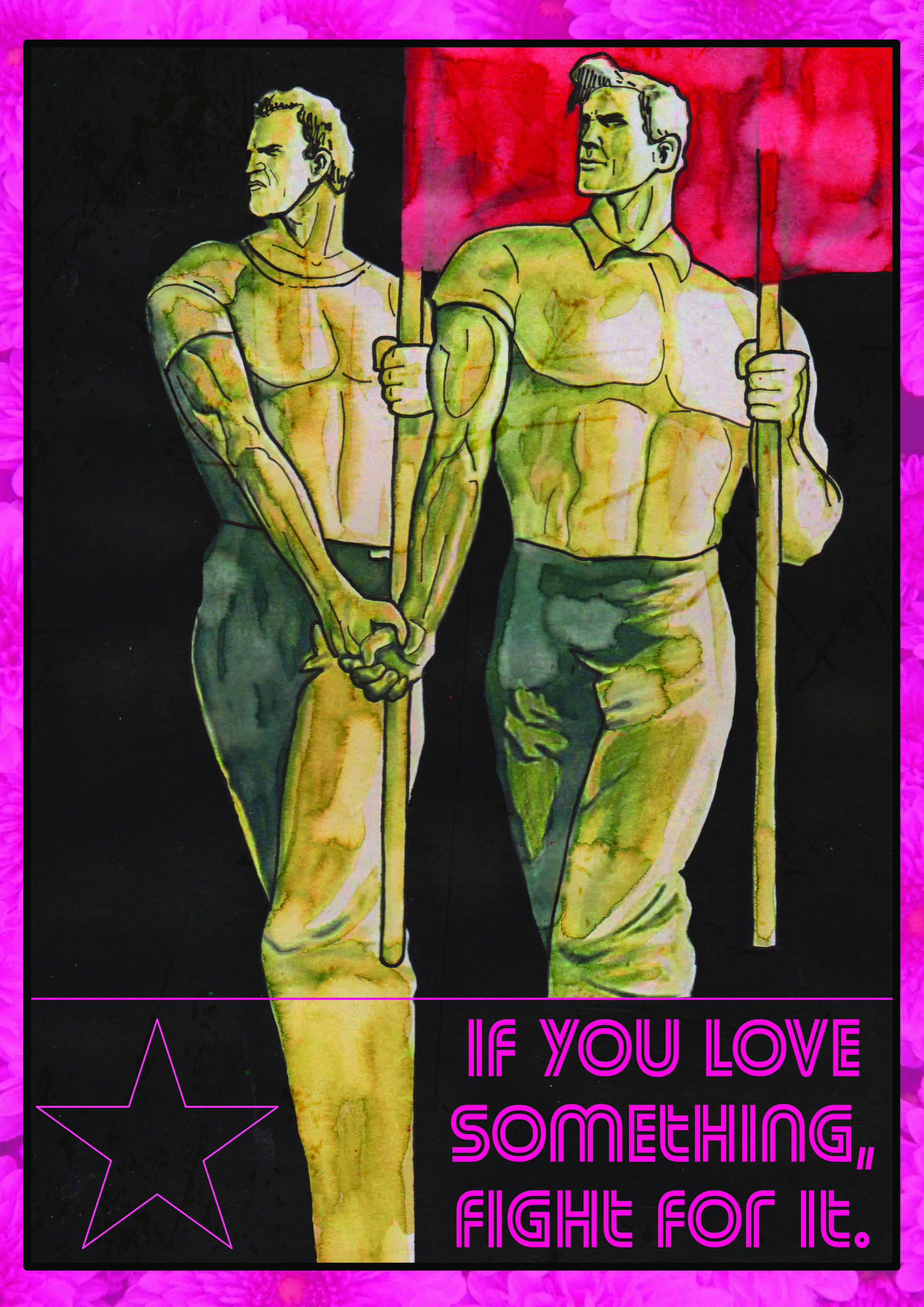 If you love something fight for it 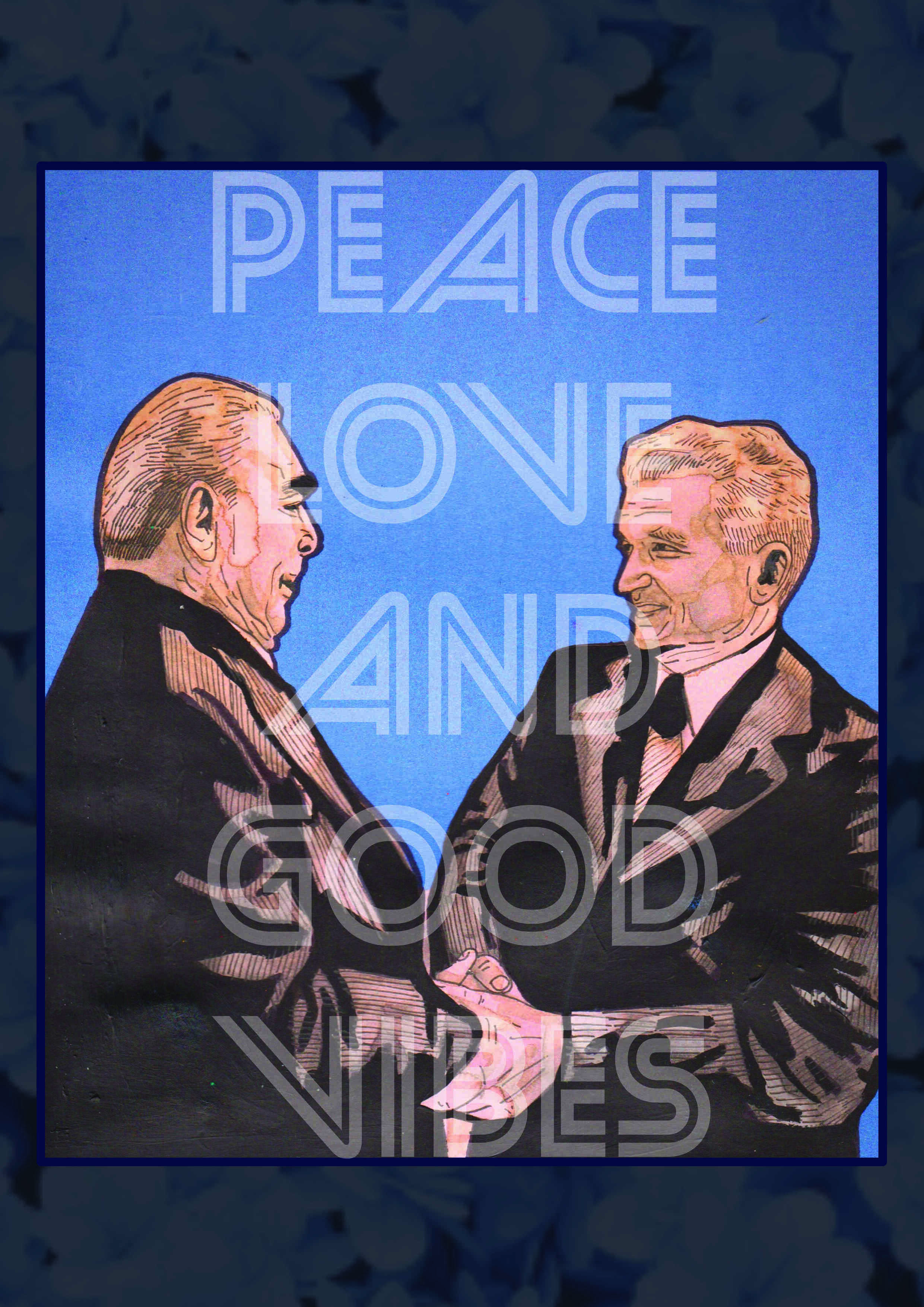 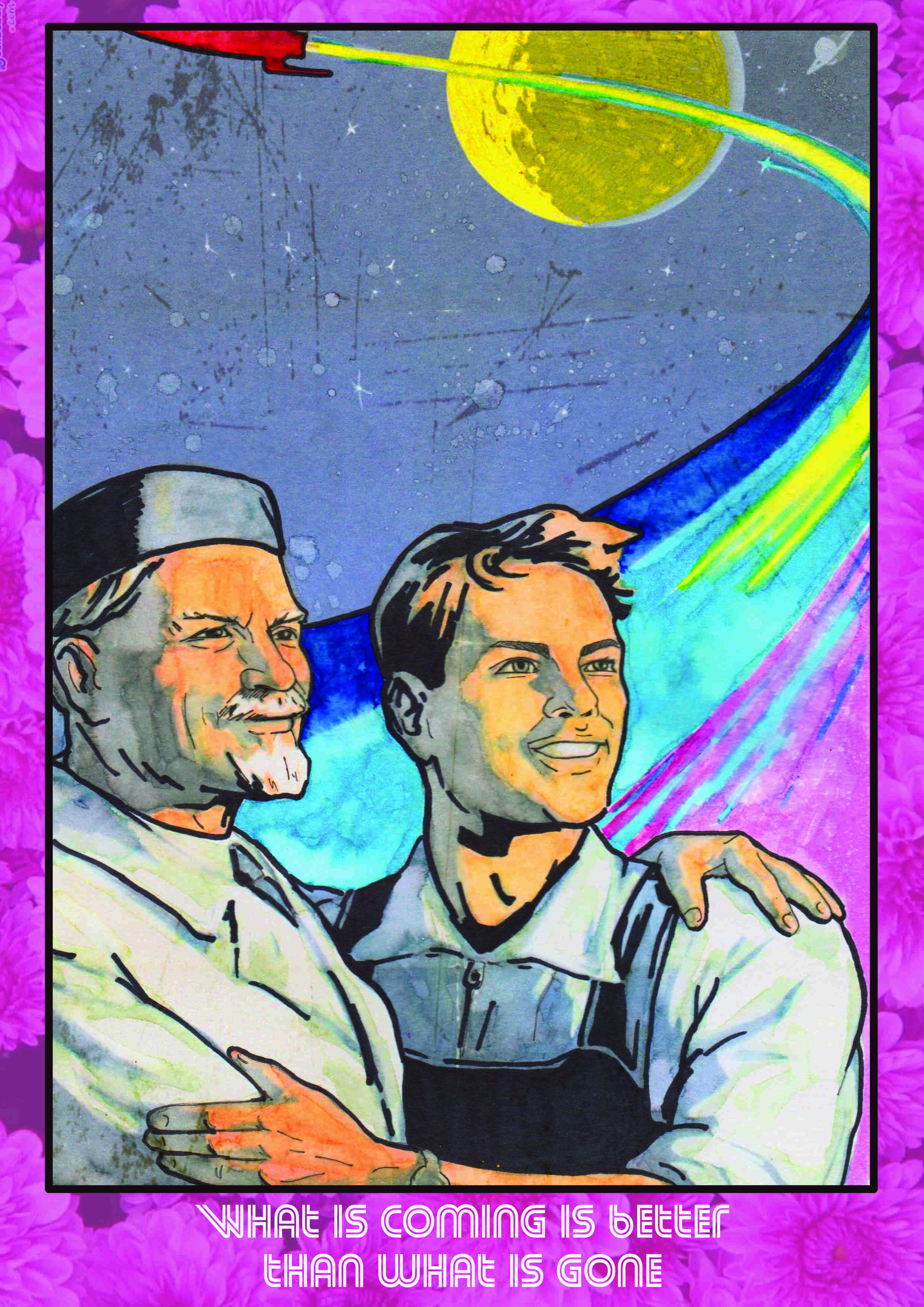 What is coming is better than what is gone 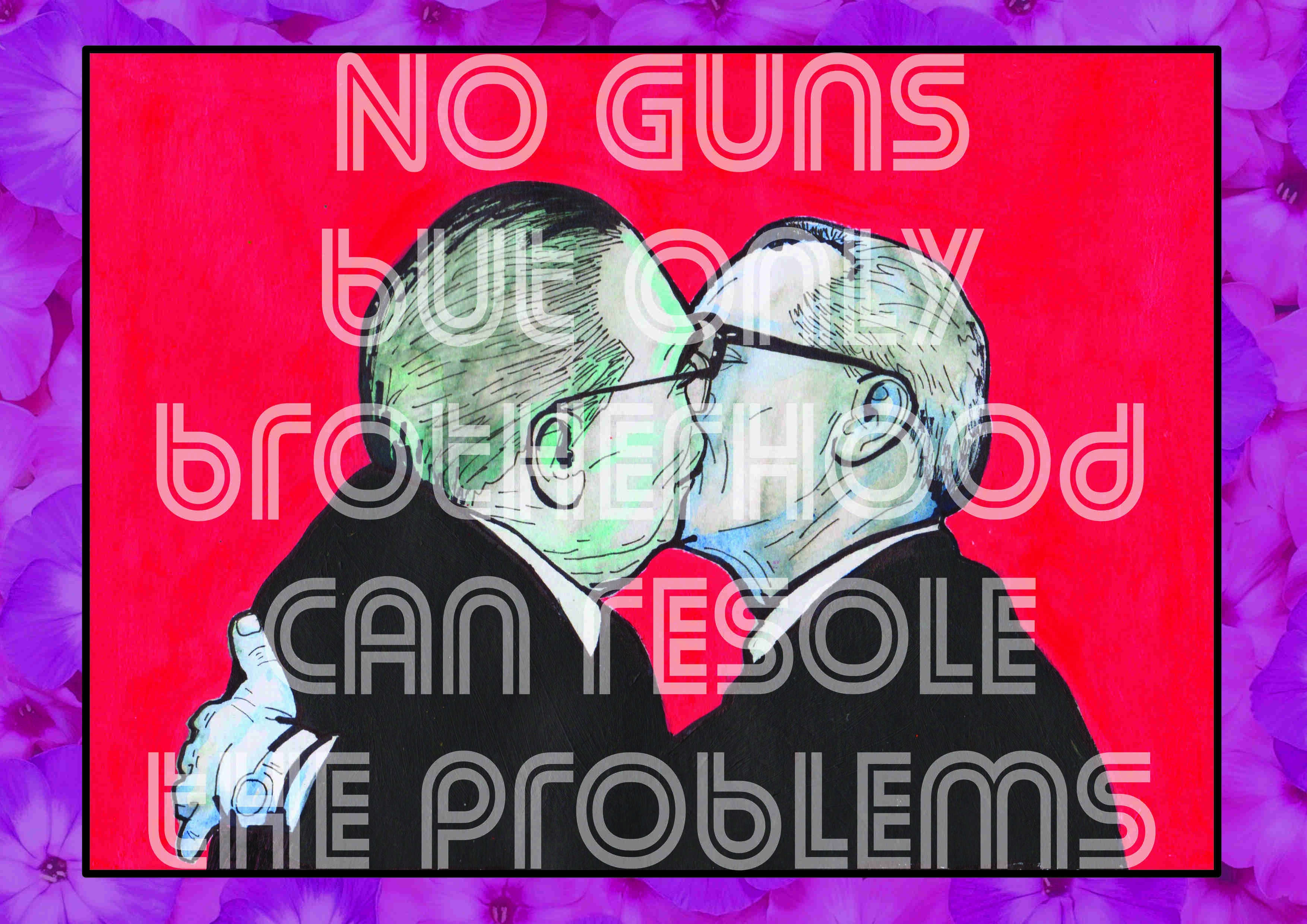 No Guns but Brotherhood can resolve Problems 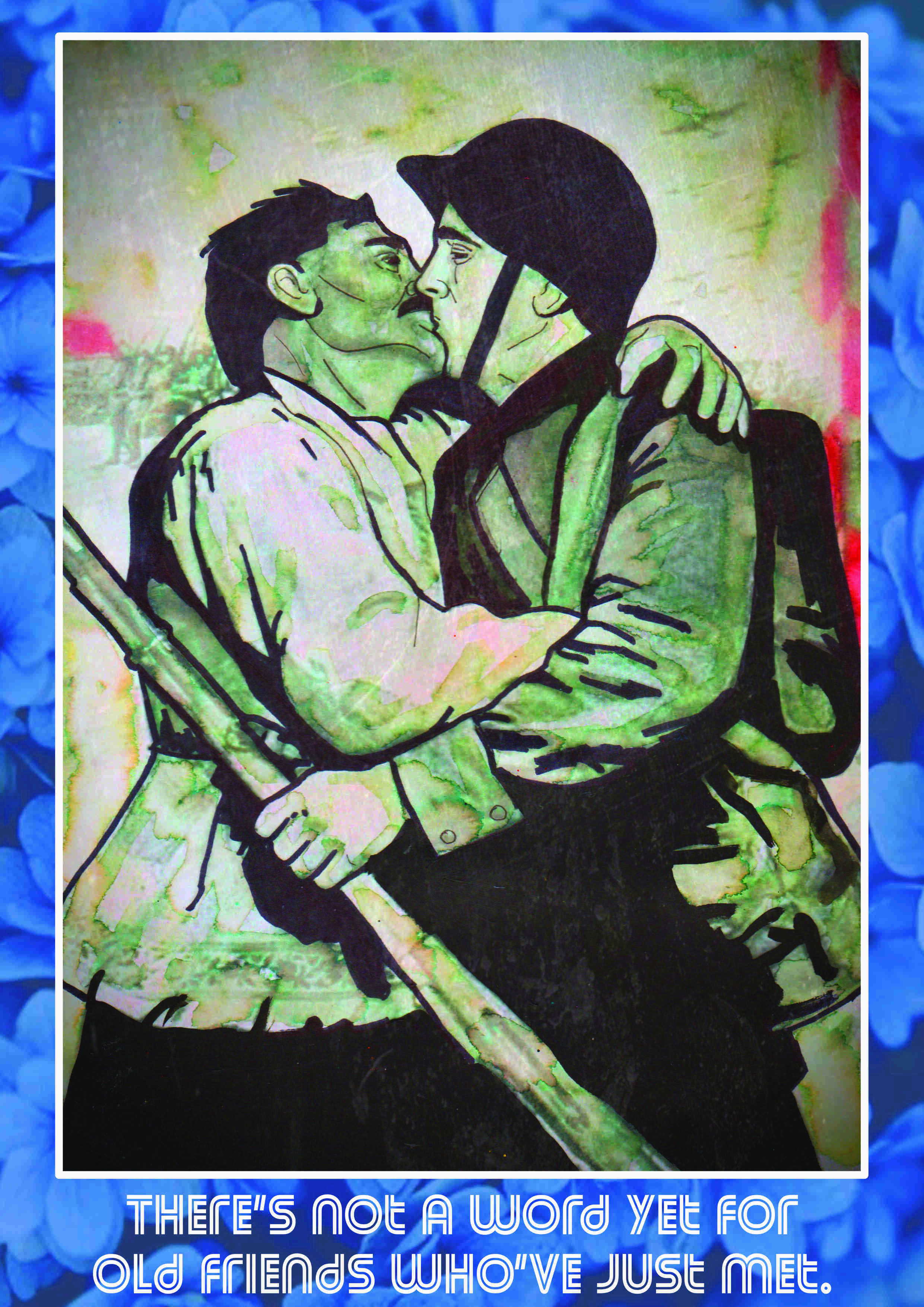 There is no word yet for old friends who've just met 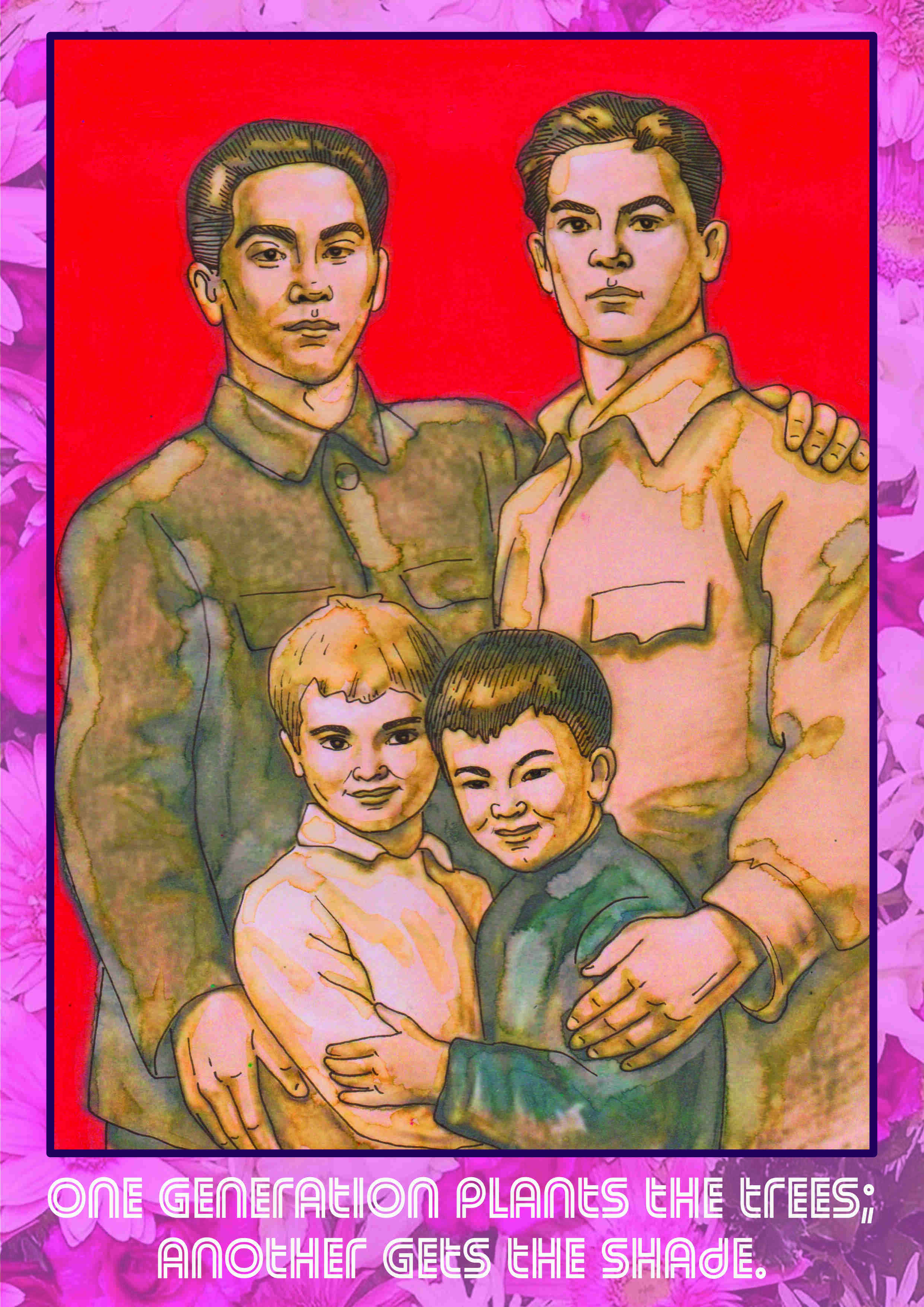 One generation plants the trees another gets the shade 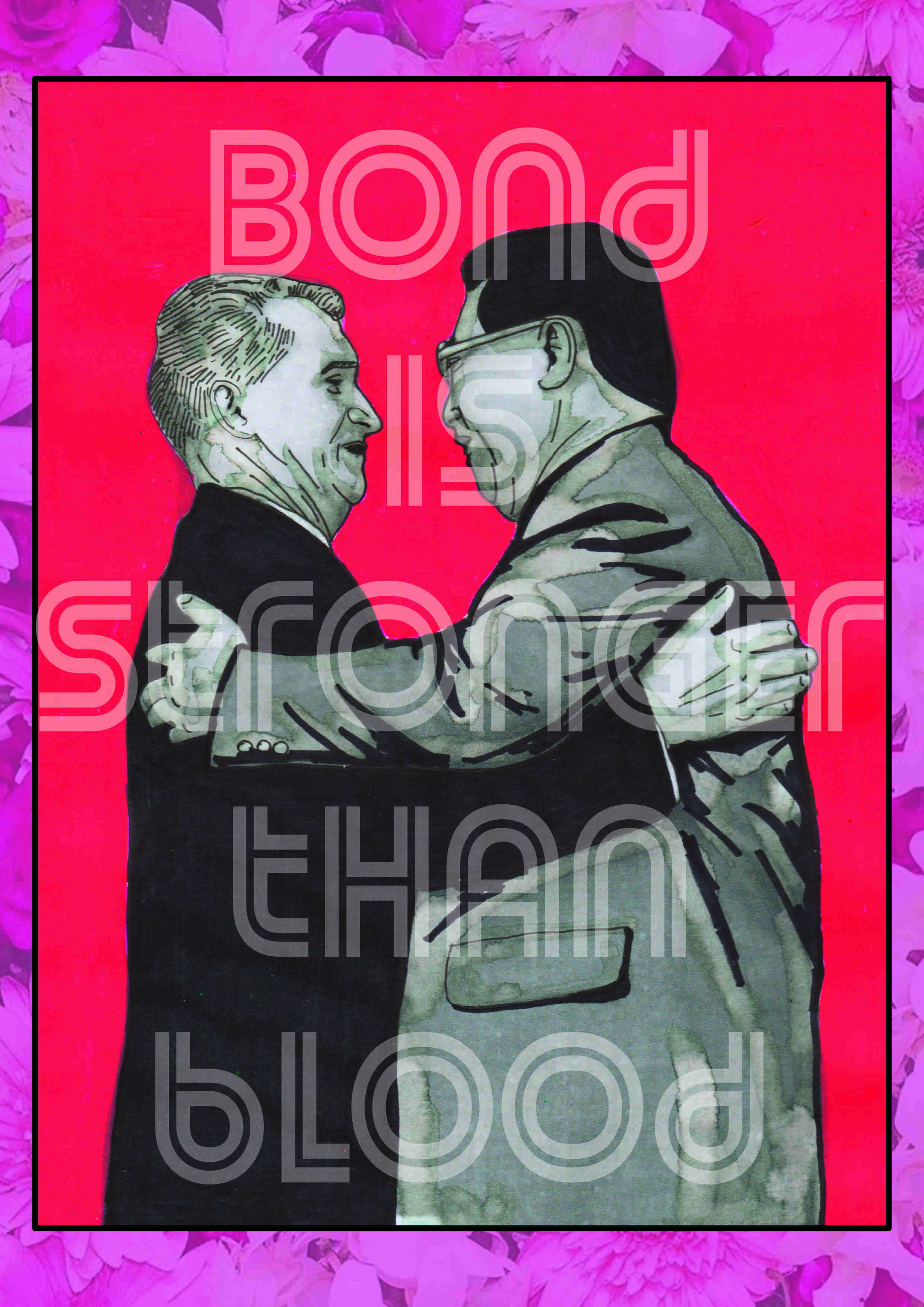 Bond is stronger than blood (Nicolae and Mao) 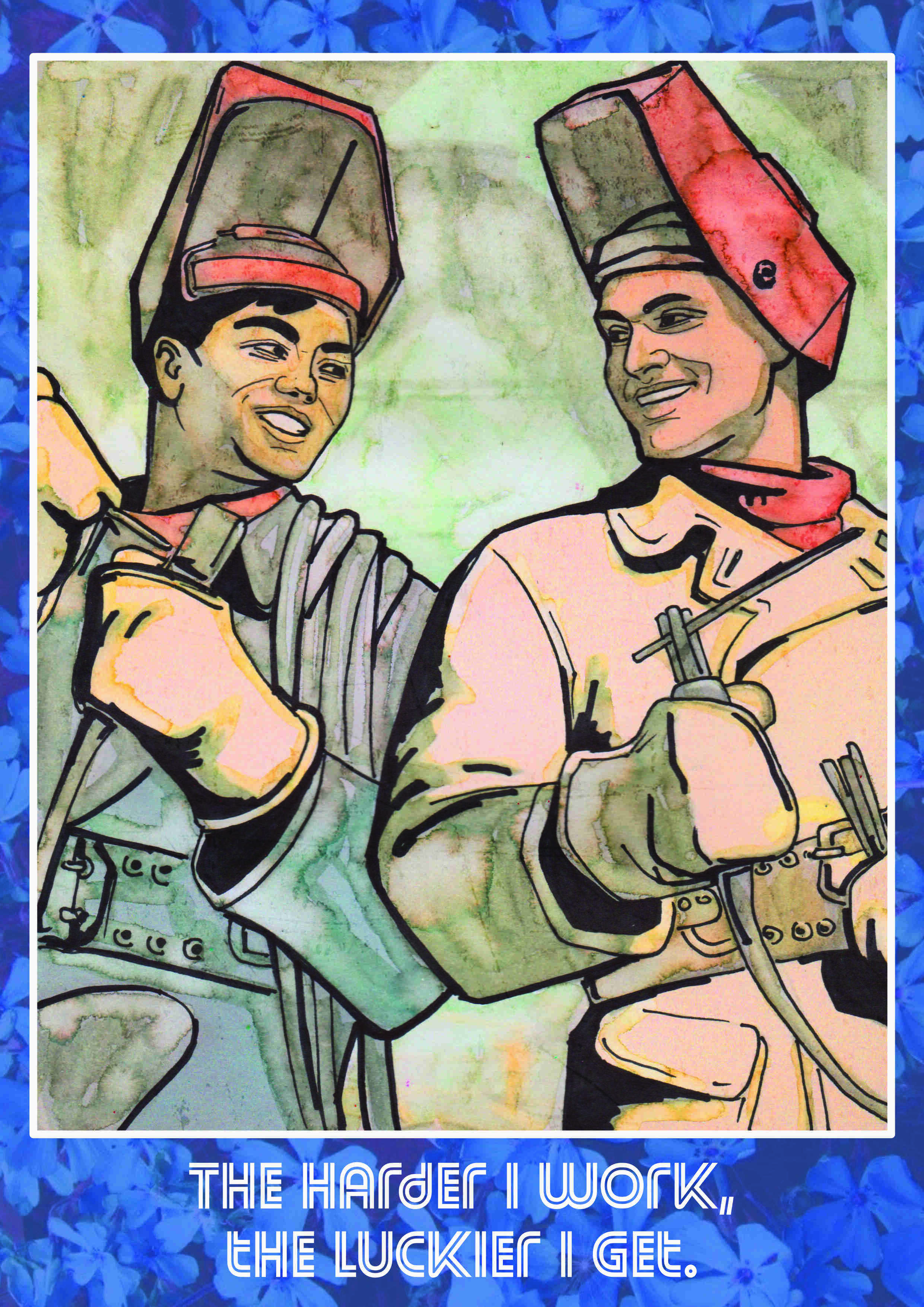 The harder I work the luckier I get 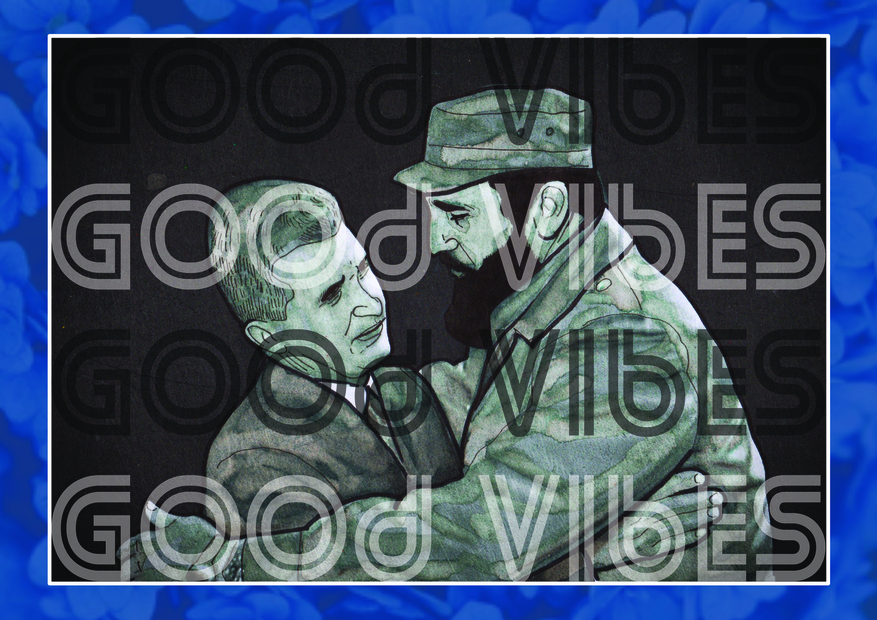 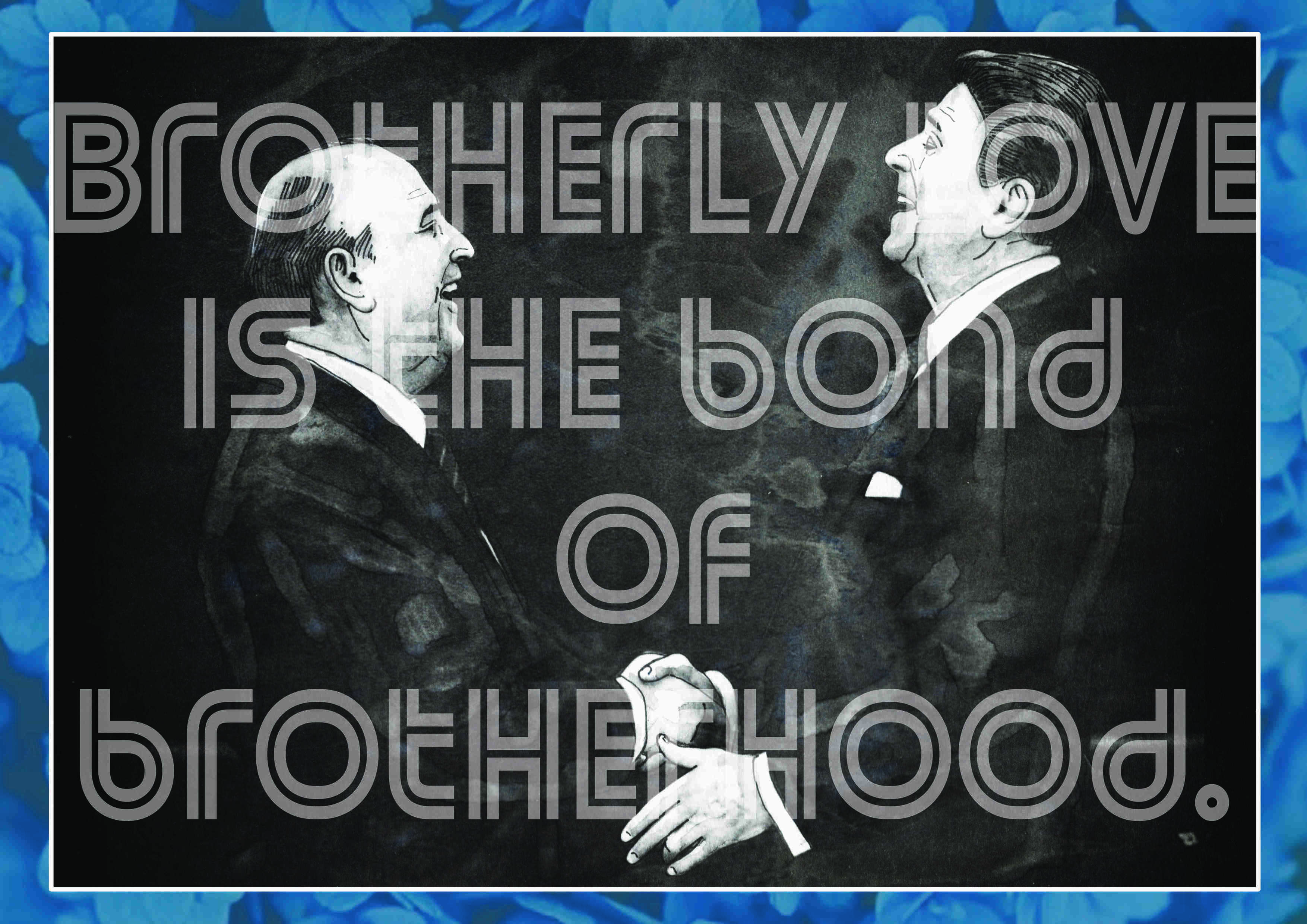 Brotherly Love is the bond of Brotherhood ( Mikhail and Ronald) 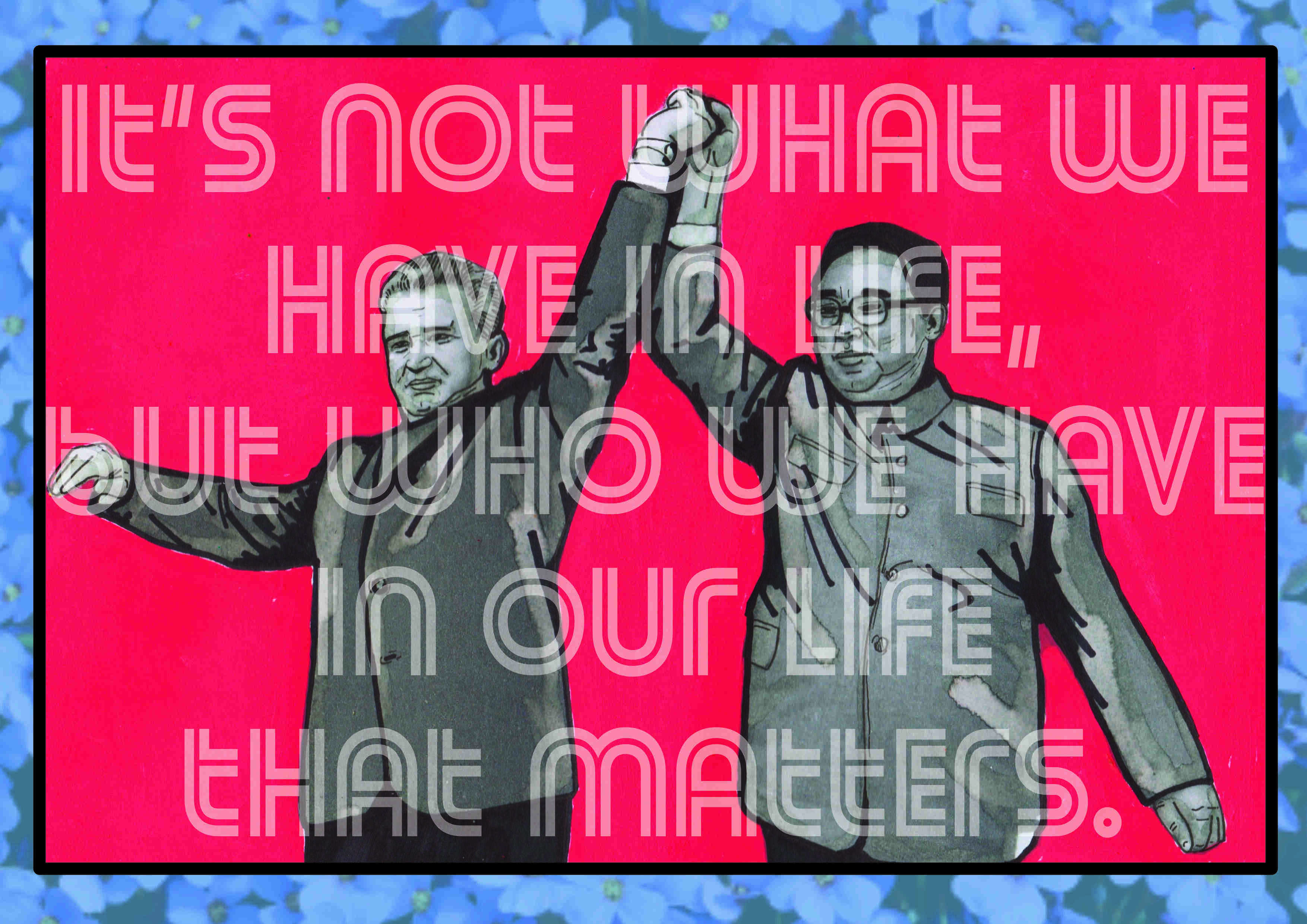 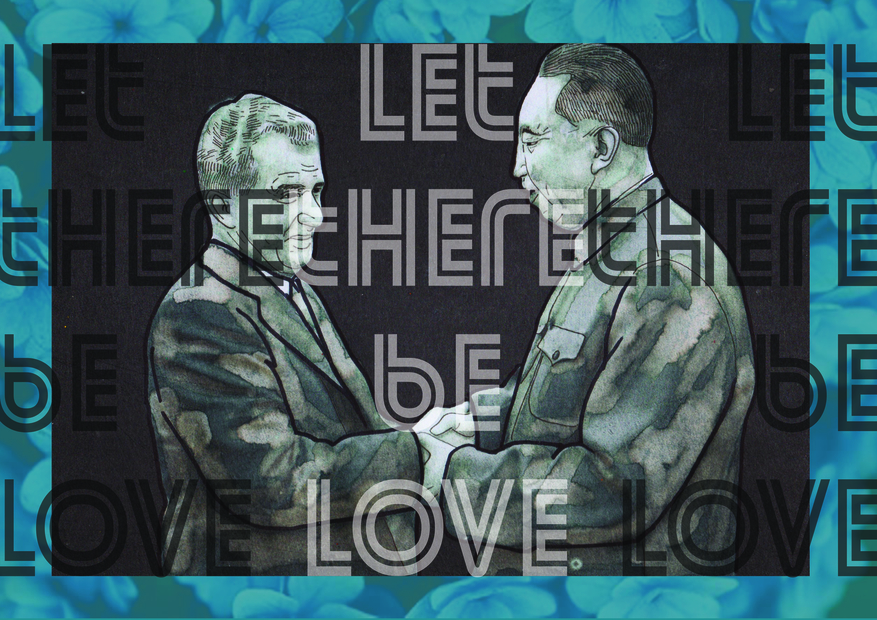 Let there be Love (Nicolae and Mao) Link 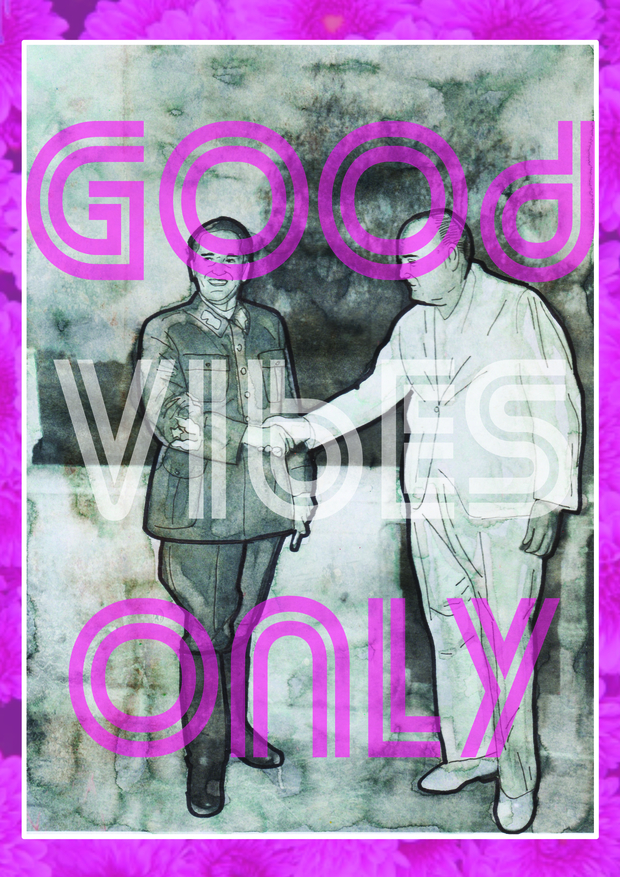 Homoerotic Revolution is the third event of the #RevoltingBodies project. With this event, ATOPOS also participates in Athens Pride Week 2021.
The Romanian artist Liviu Bulea has created a series of new works, referring to a certain type of aesthetic iconography found in communists regimes around the world. The images that the artist uses as primary sources appear mainly in Soviet and Maoist propaganda material in the second half of the 20th century. They present a special mode of masculinity that create a fantasy of the ideal revolutionary as he is transformed into a titan that is portraying either workers or politicians. In recent years there has been an interesting approach to this iconography, in which an underlying homoeroticism is pointed out. Inspired by this approach, Bulea presents a body of work consisting of original creations and reproductions of existing propaganda posters. Through his visual language, the artist emphasizes the erotic dimension of this aesthetic and a desire for the body as a revolutionary model of masculinity. 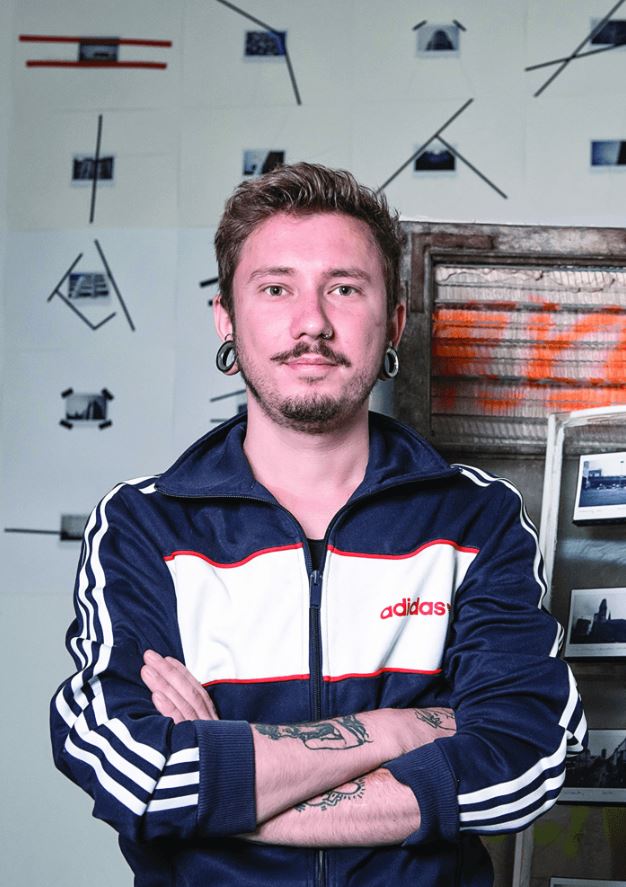 Liviu Bulea lives and works between Turda and Berlin. Liviu conducted artistic research on the diseased body, focusing on memories of spaces and objects from hospital oncology wards. He was awarded two Erasmus Scholarships, at the Freies Museum in Berlin and Katowice in Poland where he studied poster design. His field of research extends from spaces of architectural memory to his involvement with the queer community. The result is the creation of works of homoerotic iconography in an attempt to create a visual discourse with a society that enjoys being silent and forgetful. He is a PhD candidate at the University of the Arts in Cluj-Napoca, where he works on the relationship between art, architecture and the urban environment. Among others, he has exhibited his works at the Urban Nation Museum in Berlin, the Chrysalid Gallery in Rotterdam , the Cluj-Napoca Art Museum in Romania, etc., while he has been hosted as resident artist by several institutions across Europe.