This series of computer generated 3D models is based on three iconic paintings that were inspired by the age of revolutions. These images have played a role in our contemporary understanding of that era as they form public perception of history through the lens of their creator and their imaginary variations of a historical event.
In turn, Ntouroupi dwells on the idea of recreating a past that has already been constructed, only this time it is approached through a rather campy and humorous visual vocabulary. The heroes in these images are not as significant and neither is their sacrifice, as they are faceless and are both a reverence and a mockery of the mythical bravery the initial images have perpetuated. 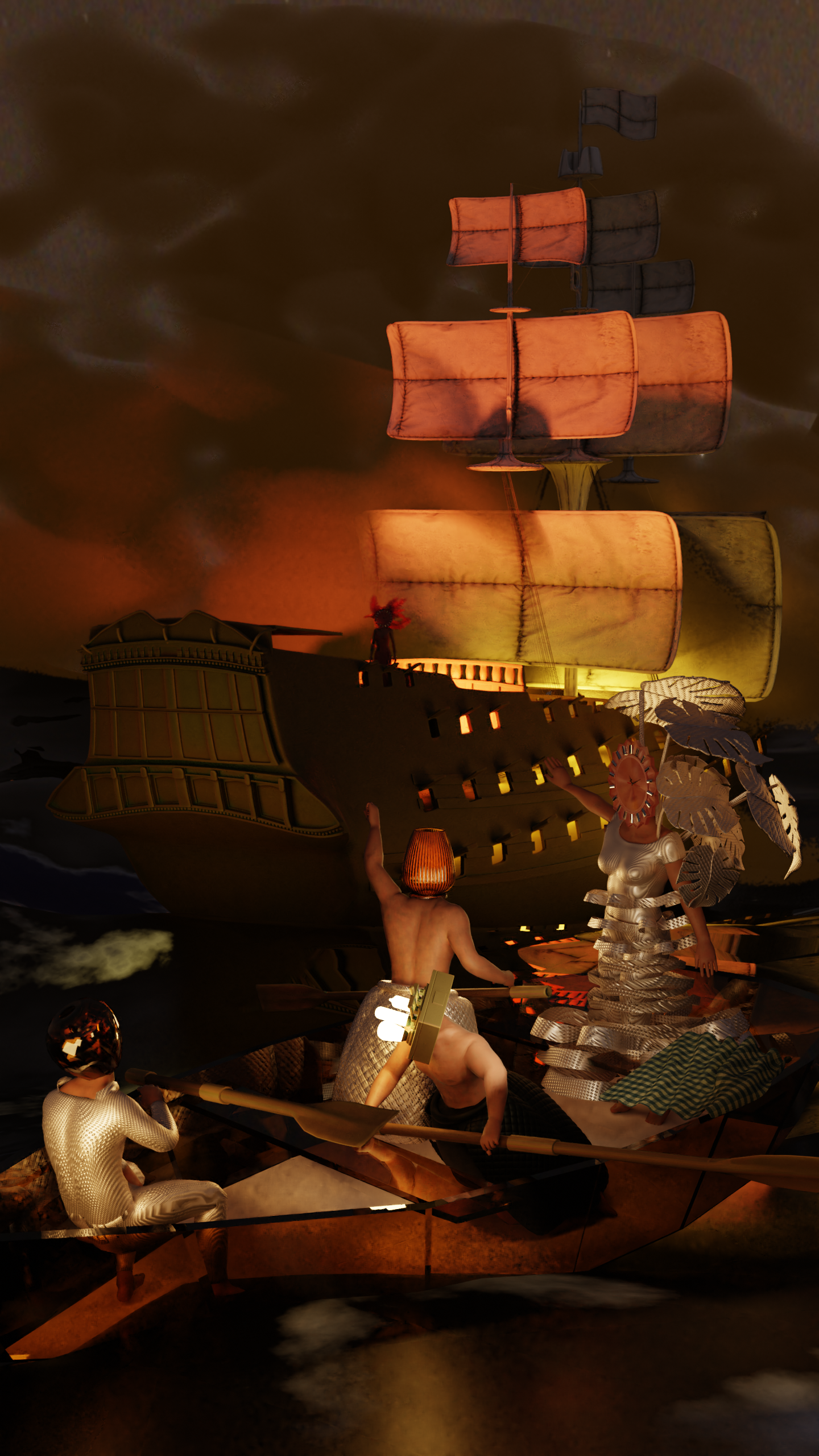 Greek Revolution: FLAGSHIP, based on “Kanaris' Burning the Turkish Flagship” by Nikiforos Lytras. 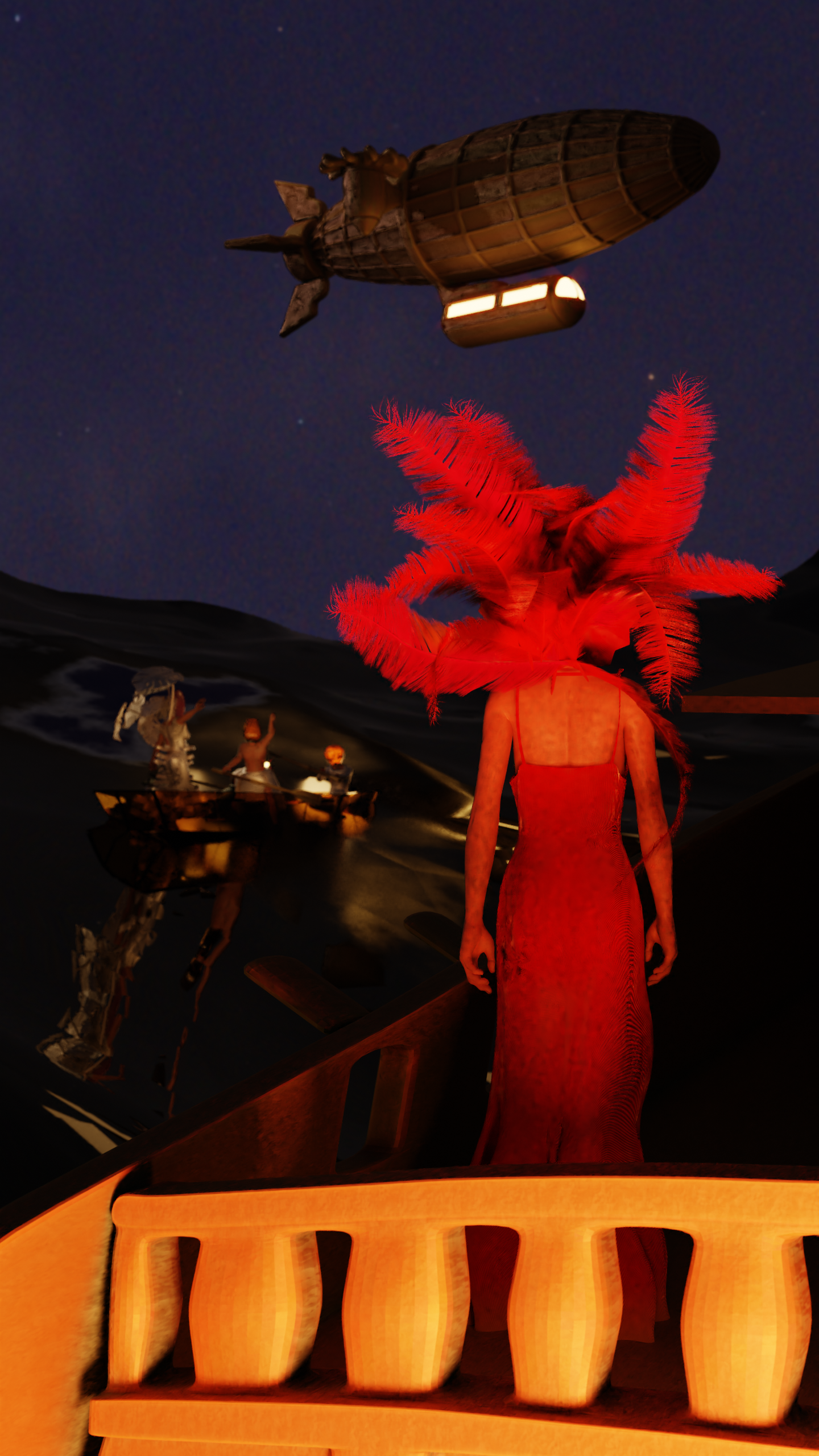 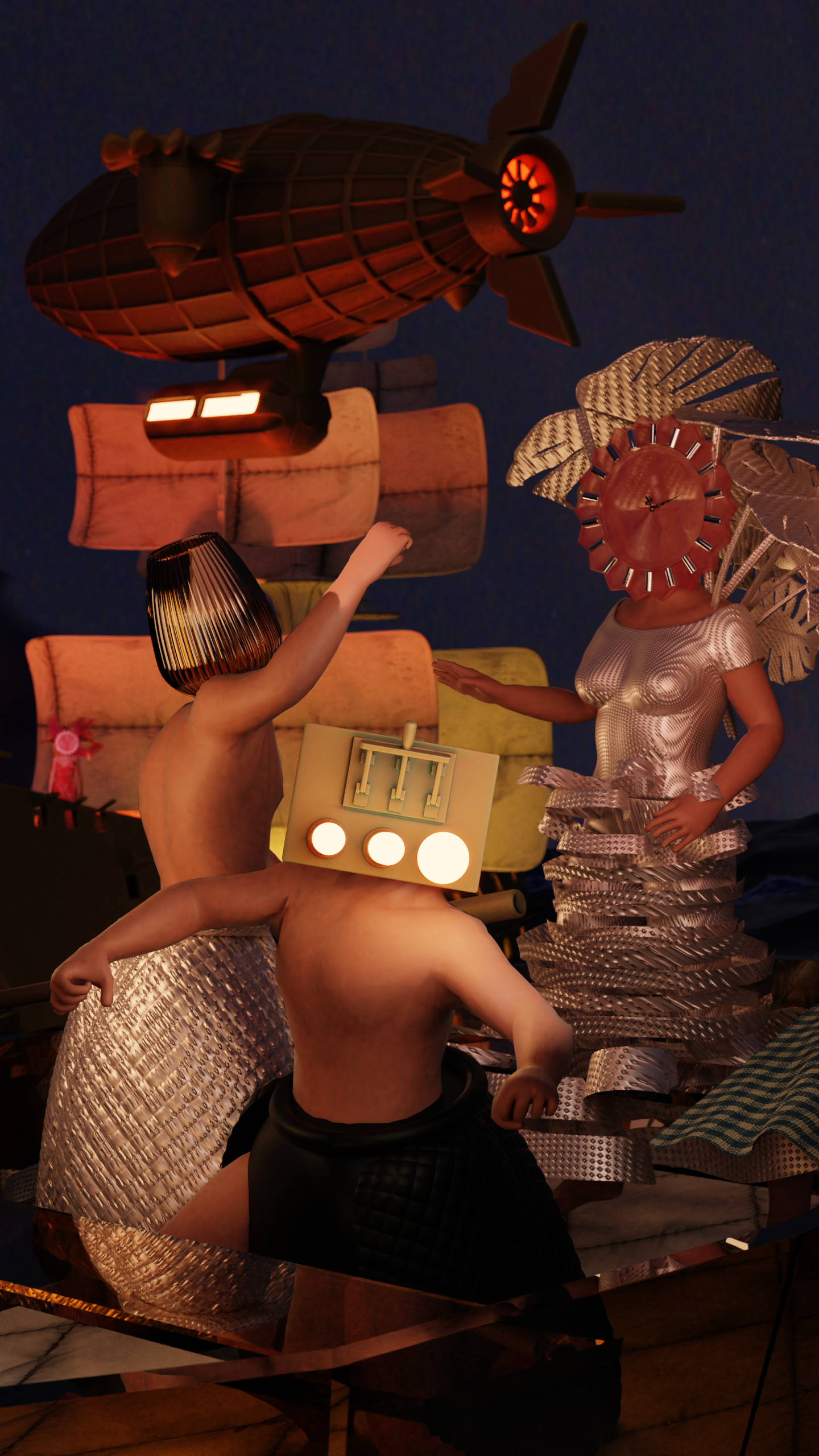 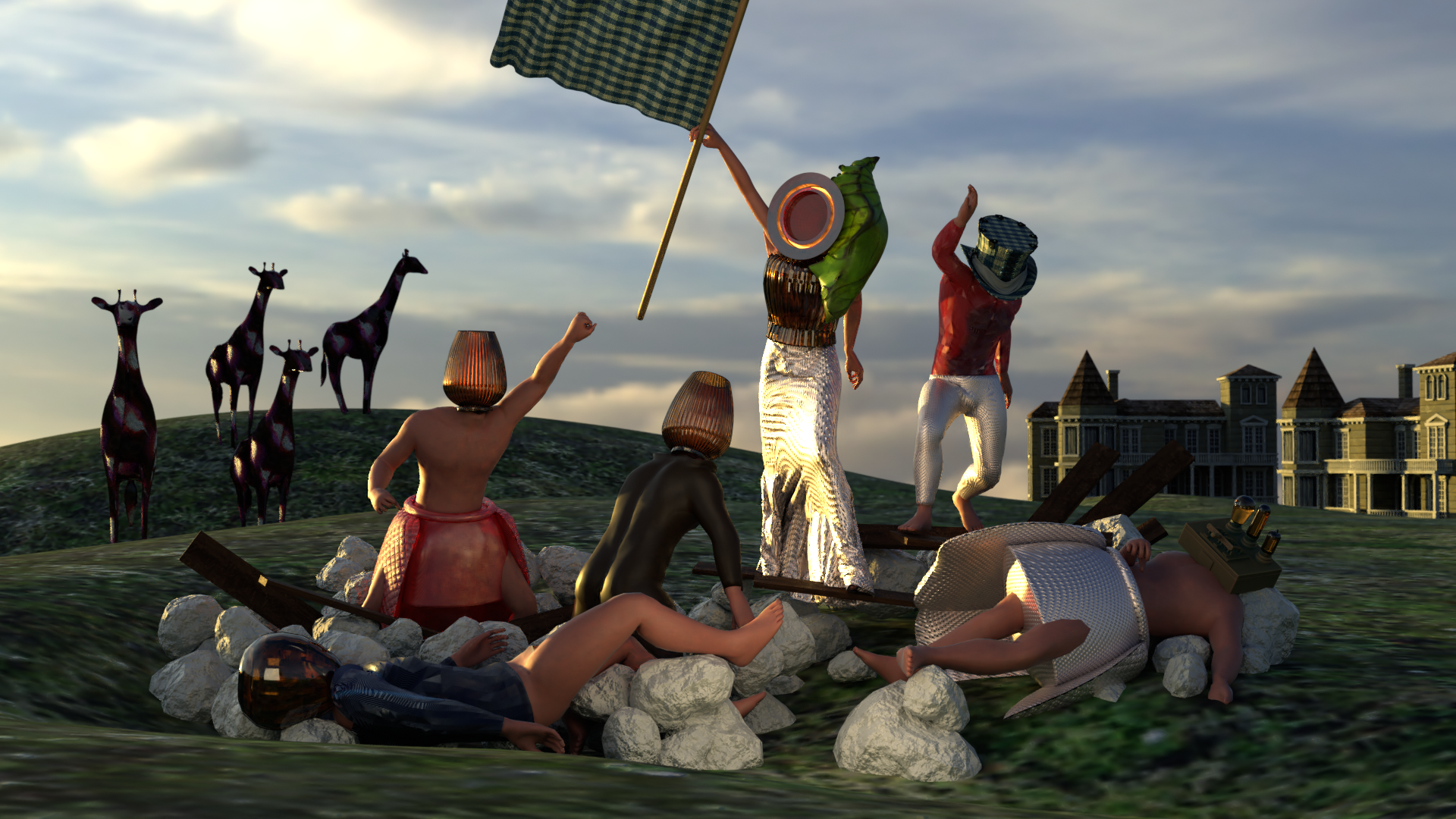 French Revolution: LIBERTY, based on “Liberty Leading the People” by Eugène Delacroix 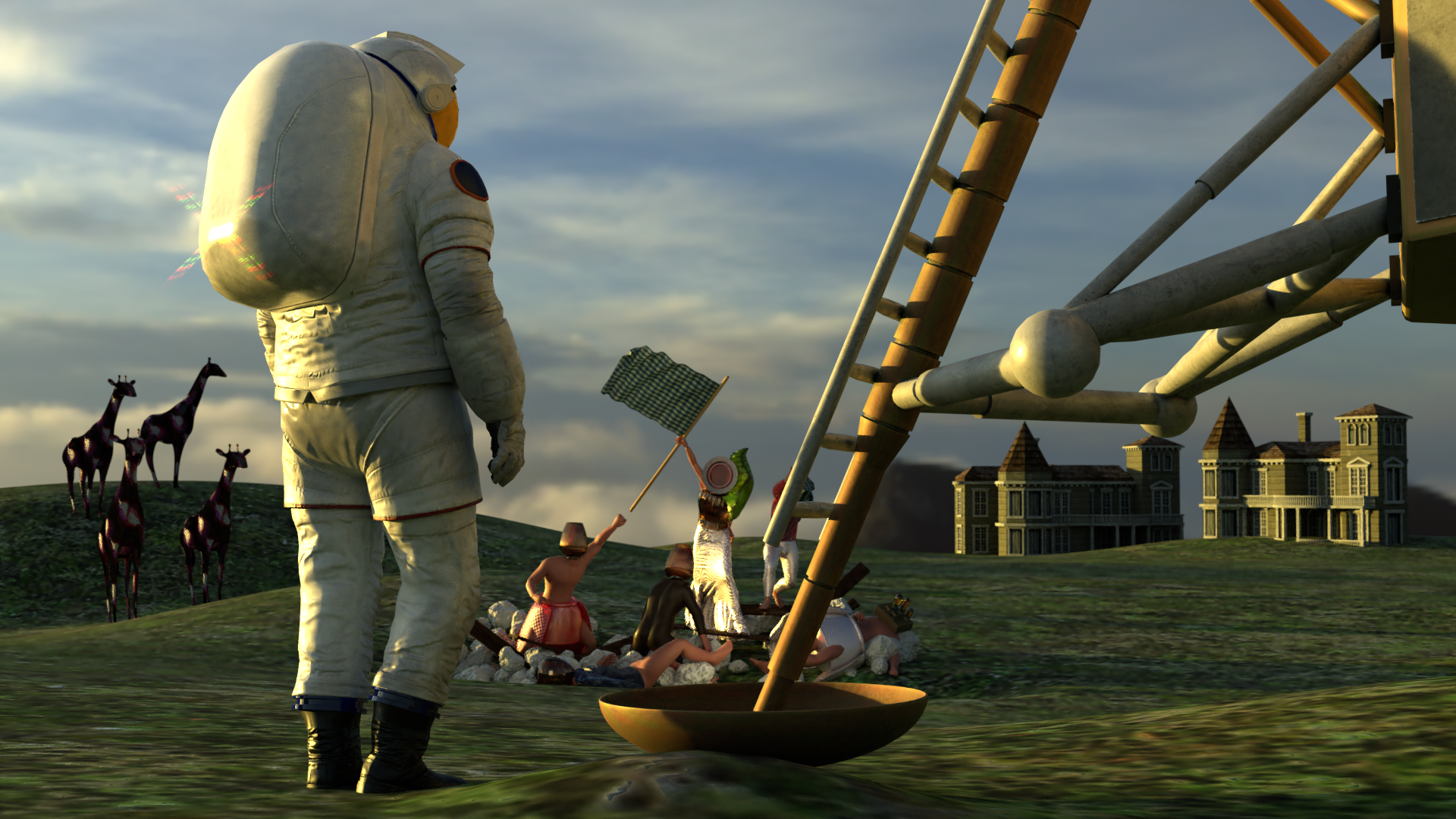 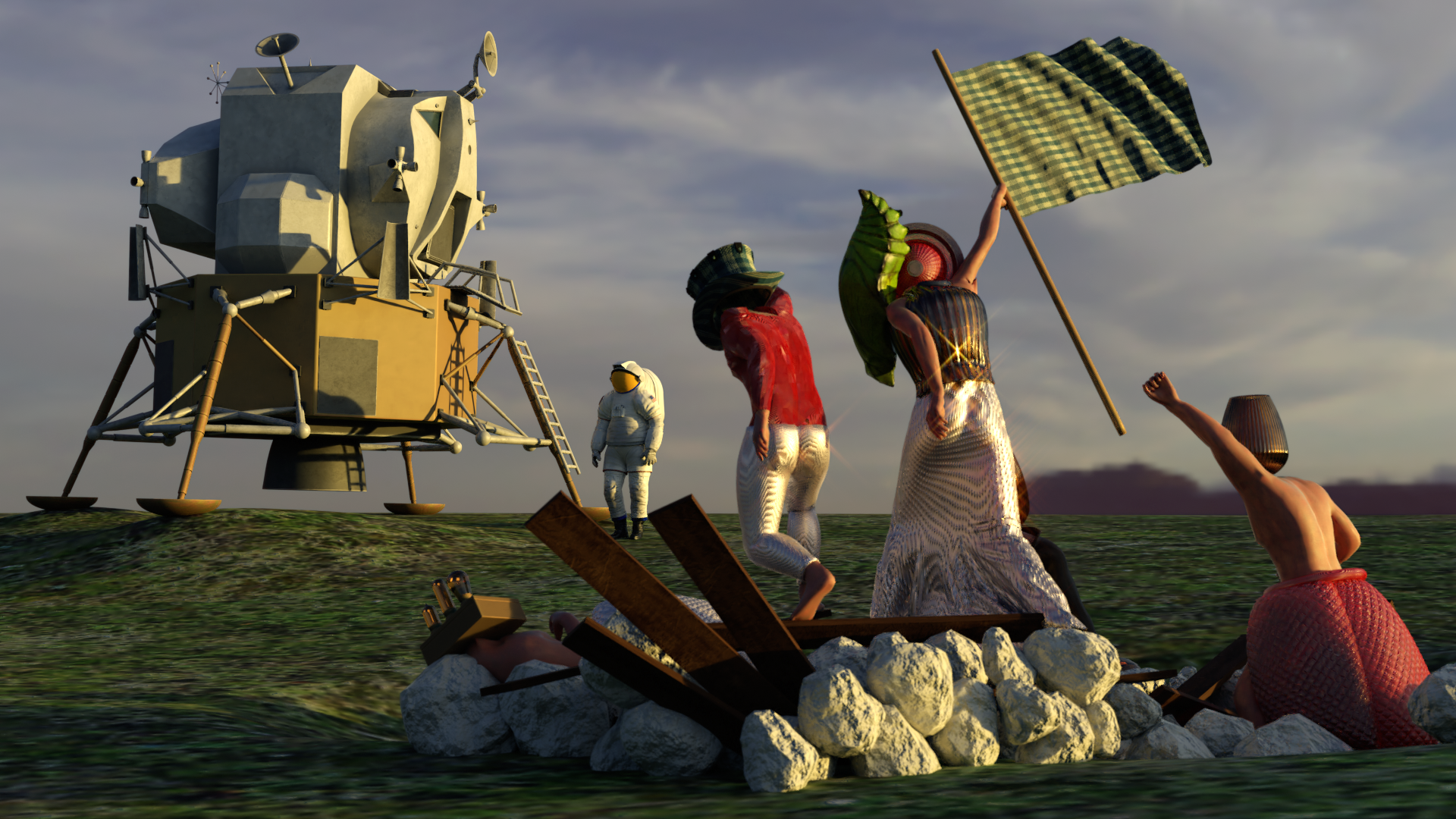 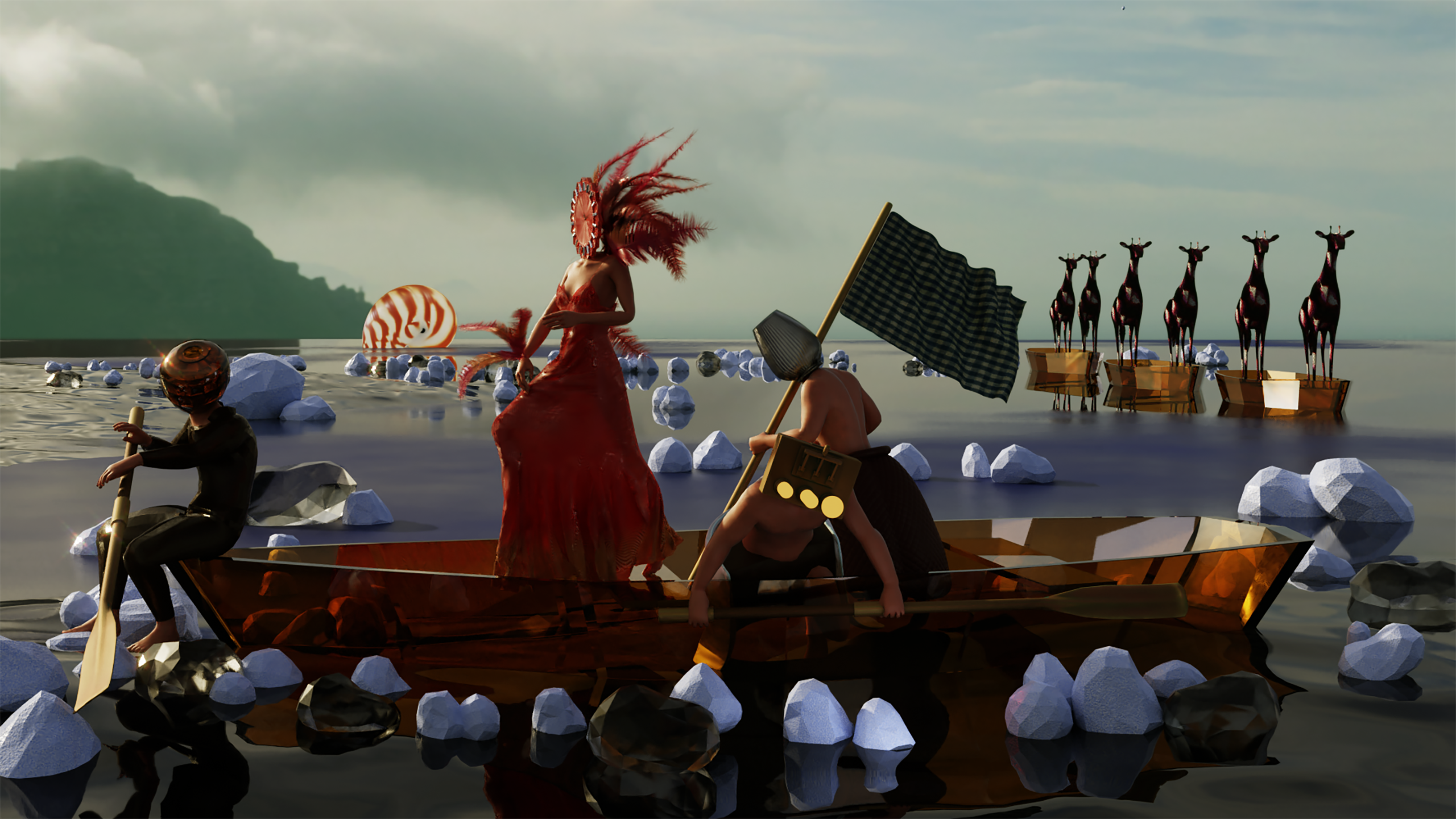 American Revolution: CROSSING, based on “Washington Crossing the Delaware” by Emanuel Leutze 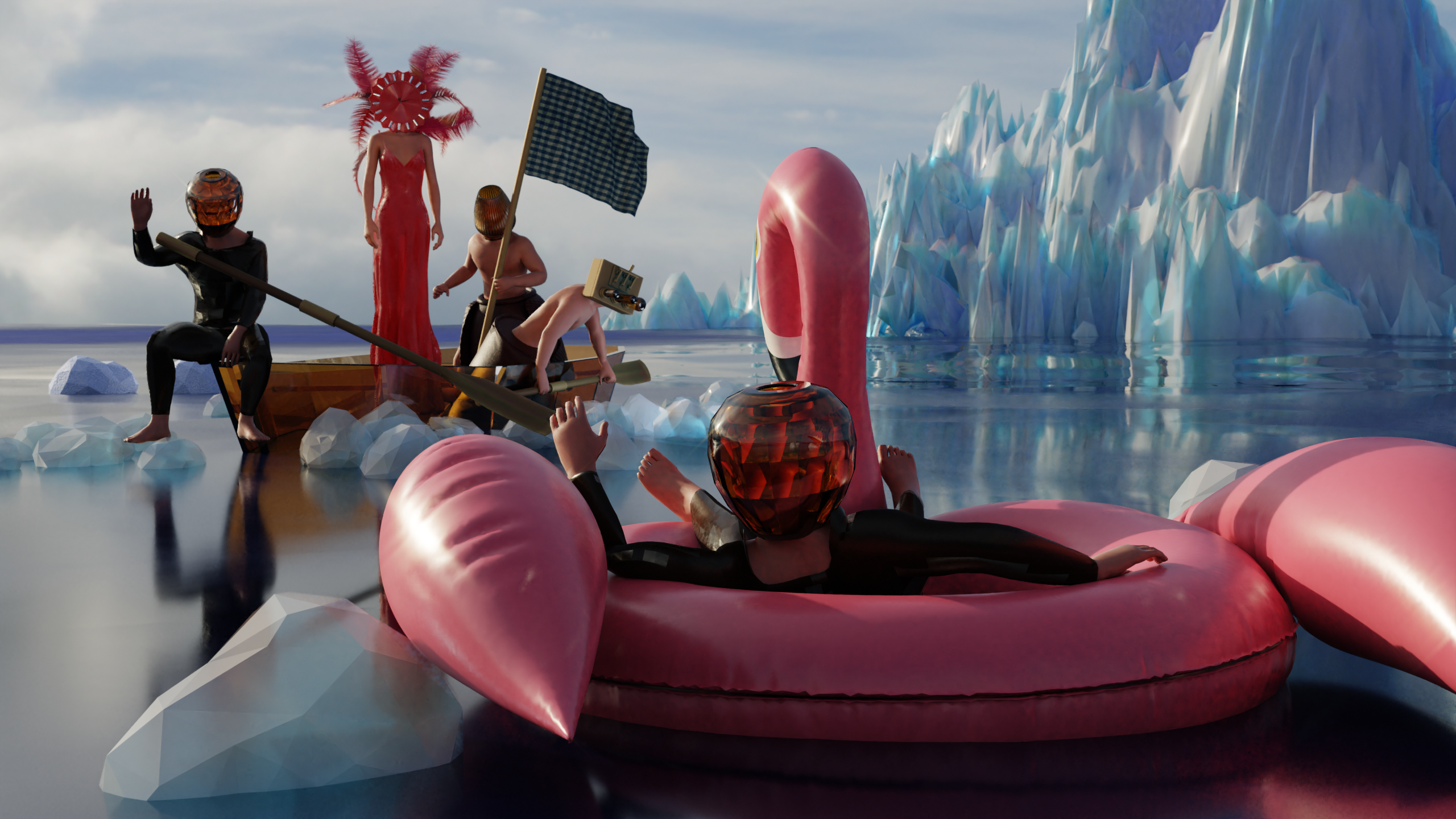 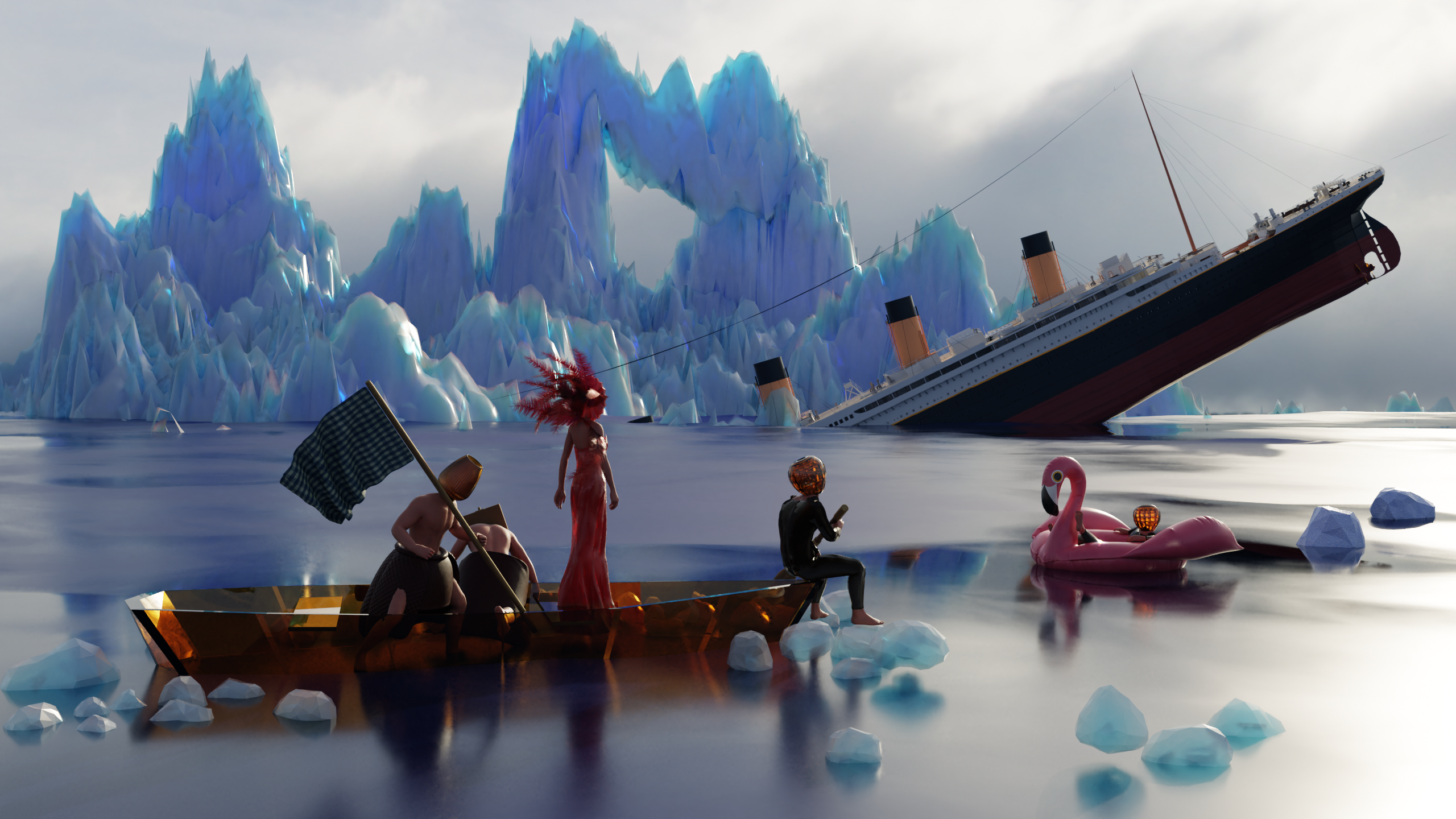